A $13 million elevated, automated, driverless train known as SkyWay is planned for Flinders University, prompting predictions that the technology will “shake up Australia’s rail industry’’.

The Flinders line will be 500m long and is planned as a test base to demonstrate whether SkyWay can be a viable option for projects such as Adelaide’s expanded tram network or even very fast trains between Sydney and Melbourne.

The Flinders SkyWay will sit 5.5m above the landscape and be built on pylons that are spaced 50m apart.

The head of the project, former state transport supremo Rod Hook, said the driverless trains, which can be adapted for either passengers or freight, were powered by rechargeable batteries and were less intrusive on the landscape than traditional trams or trains because the space beneath the line could still be used.

The train cars can sit either above or below the tracks and can travel at 100km/h in urban areas and 500km/h on longer journeys.

“No one has been a bigger advocate for tram lines and extensions than I have been,’’ Mr Hook said. “But we are still running on 100-year-old technology with steel wheels on steel tracks on the ground.’’

Flinders University vice chancellor Colin Stirling is supporting the project, which he says had “great potential and speaks to Flinders’ enterprising spirit’’ — but the university is not providing funding.

Last week, the Federal Government announced it would build an $85 million rail line from Tonsley Park to the Flinders precinct. The SkyWay is proposed to run from the new station and connect the Flinders Medical Centre to the university’s central hub.

Mr Hook estimated the service could carry one million passengers annually, who would ride free of charge, and he anticipated that construction would start before the end of the year.

He has also pitched the concept to Premier Jay Weatherill and Treasurer Tom Koutsantonis but said he was not seeking any public money for the $13 million project. Mr Hook was chief executive of the state’s Transport Department but was controversially sacked in 2014 by Mr Weatherill, who cited a need for “new leadership’’ at the time.

Mr Koutsantonis said it was “hard to make a judgment on the viability of SkyWay as this is early-stage technology’’.

“But it is an interesting concept and I look forward to seeing how it develops,’’ he said.

Federal Opposition Leader Bill Shorten on Tuesday announced Labor would contribute $500 million towards an expanded tram network in Adelaide if it won the July 2 election.

Mr Hook said SkyWay would bid to be a part of those plans if the Flinders test was a success.

“I am confident I can demonstrate that it will be considerably cheaper than a traditional tram or train line,’’ Mr Hook said.

The technology on which the SkyWay is based has been developed by Belarus engineer Dr Anatoly Yunitskiy, who has been working on the concept for 30 years.

Mr Hook travelled to Belarus last year to meet Dr Yunitskiy and they have now formed SkyWay Transport Australia to push the idea in Adelaide.

Mr Hook has also been in discussions with builder Lend Lease and engineering firm Aurecon about the project, which will also need development approval and accreditation from the National Rail Safety Regulator before proceeding.

Well that came out of left field, what the hell is this?
Top

“No one has been a bigger advocate for tram lines and extensions than I have been,’’ Mr Hook said. “But we are still running on 100-year-old technology with steel wheels on steel tracks on the ground.’’

This is true. Though Sydney had something very similar for decades until they they ripped it out...

It's a cool idea, though I would much rather see electric trains and trams throughout the city than concrete pylons everywhere. Could you imagine the outrage over this, especially in suburbs like Unley or Norwood.

I want to know what magic material can make these seemingly super light weight support frames capable of supporting the weight of a small bus/tram.

We all know what happens next...
Any views and opinions expressed are of my own, and do not reflect the views or opinions of any organisation of which I have an affiliation with.
Top

We all know what happens next...

I feel like I'm the only one in the world who is sick to death of Marge vs. the Monorail. I think it's done irreparable harm to the development of public transportation as any new idea (or hell, even existed modes like a new tram line) gets howled down with Simpsons quotes. Not a criticism levelled specifically at this forum — it happens everywhere.

Let's judge proposals on their own merits, not on 23 year old jokes.
Top

I'm not sure where the concept picture of the cars running above the very thin rails has come from - the other pictures (and the video on the Advertiser website) show the cars running on more traditional truss-beam type rails, either hanging from them or running on top of them. I wonder if the 'slimline version' is more of an artist's impression?

Either way I think it would be very interesting to see how this works on the 500m test line planned for Flinders. Hook seems pretty confident that private investor funding's readily available for this - time will tell I guess. There are plenty of examples of short-length light rail systems working in similar environments e.g. between terminals at Kuala Lumpur and London Gatwick airports. Even if it never expands beyond Flinders it would probably work well in that particular setting.

As for a more wide-spread roll out, I think it could have potential but I would be concerned about the reliability of using such an untested system on a major transport route and also have reservations about shifting public transport away from ground level - I think people are naturally less drawn towards elevated systems. It would also take some getting used to with regards to running the structure through some heritage areas (imagine the uproar about putting concrete piers at 50m intervals down Unley Road or the Parade for example) and in case of a power failure/system breakdown passengers would presumably be trapped on board until the problem was fixed. But on the plus side, the system would be completely separated from traffic and all the associated hold-ups with intersections, traffic signals etc. Plus it would certainly put Adelaide on the map in terms of transport systems.

In short - not sure at this stage, could go either way. Will be very interested to see if the Flinders line actually goes ahead or whether this is just pie in the sky thinking from an oddball...
Top

Great innovation and a good place to test it... if only because Flinders is hilly as all hell and there's huge numbers of students needing to traverse that area today and even more once the train extension is built.

I hope Adelaide can do more of these things, especially in transport, but I'm afraid there's a hefty component of people here (in the state) who decry anything unless it's been done in the eastern states and then when we do it, it's the whole thing about how we only copy/ are derivative / slow off the mark.

Then again I'm still an ardent defender of the one-way expressway (for its time, obviously it's better now) as an innovative solution to what at the time was a less pressing problem.
Top

I shortly skimmed the website of the Ukrainian company/inventor behind this.

From what I gather the main 'innovation' is to use some form of 'string'-beam, which then allows vehicles to either be mounted upon or hang from it. (which explains the two pictures with different types of transport, seemingly both types are envisioned).
Top

That first photo reminds me of the Wuppertal Schwebebahn 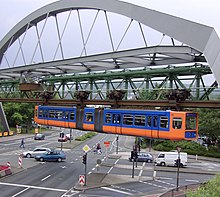 And those concrete pylons in the second photo look very flimsy.....would hate to see the result if a large truck crashed into one

And if this technology is good why didn't the Germans build more Schwebebahns?
Top

I'm not suggesting the Schweinbahn is good or bad, but that is not a valid argument. Many things are good, but a poorer solution wins out for many reasons.


(Subtle German joke, is funny ja?)
Exit on the right in the direction of travel.
Top

How about this? It's similar technology but as far as I know not yet tested as a means of mass transport in a metropolitan setting. Adelaide could be the first... 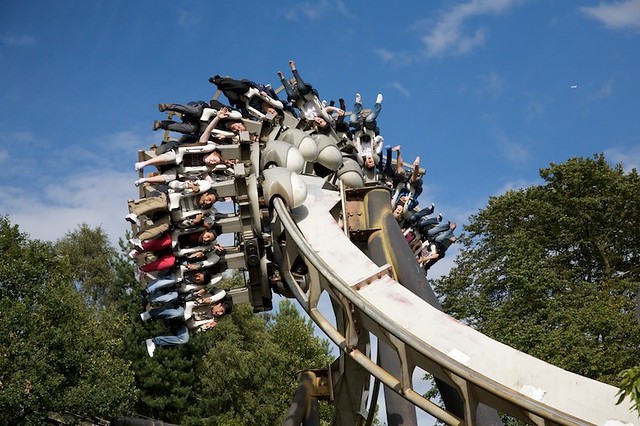 Perhaps not so good in the rain.
Top

Can be awkward for taking shopping home.
Top

Get back to AdelaideNow.
Top

Can somebody tell me how the hell this is supposed to be constructed for $13m?
Top
Post Reply
56 posts