Llessur2002 wrote: ↑
Fri Mar 19, 2021 10:41 am
Not forgetting the increased popularity of home delivery. Not everyone needs a car to do their weekly shop any more.

I live in Croydon and as a family we use the train loads (plus bikes where possible). We have one car and probably only do 5-7,000km in that every year. It's perfectly possible to rely heavily on PT if you live near enough to it which, as cmet touched on above, is can be a problem in Adelaide.

As I've said before, I think type of PT is important too - I suspect people living near tram and train routes will be more inclined to use it. I'd probably use the car a lot more if we were only served by buses. I would suspect the AdeLINK tram network would have increased patronage significantly - especially as more and more amenities were built near tram stops. I hope it resurfaces in some form in the future.

I can't think of a supermarket anywhere along the Gawler railway line that I would consider convenient to access to do shopping by train, even if I lived across the street from a station. We have walked to the (local smaller) Woolworths with a "nanna trolley" to get exercise and mental health at the same time, but I can't imagine either of us doing that with a train or bus journey in the middle.
Top

Found a souvenir pin of the Adelaide Aquatic Centre from the 1990s on eBay! 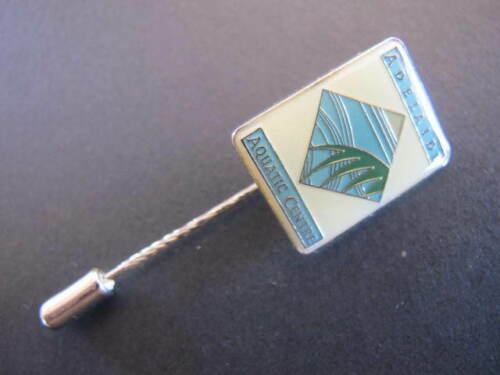 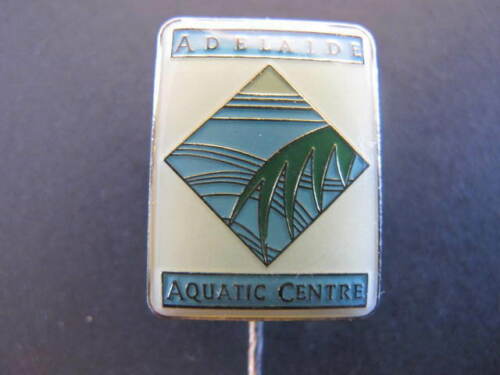 Did you buy it Scooter Guy?

That wasn't a bad looking logo.

Take what you like from these types of rankings, but I still thought it was post-worthy. As usual Australian cities fared very well. From todays online version of The Advertiser....

The Economist has reminded Adelaideans of what they have long known to be true; that we live in one of the world’s great cities.

In the organisation’s 2021 rankings Adelaide was beaten to best spot for “liveability” only by near neighbour Auckland and in second place, Osaka.

The system compares 140 cities according to stability, healthcare, education, culture and environment, and infrastructure.

A major factor for the latest rankings was Covid-19 safety responses within the “healthcare” category, credited in the report for lifting Auckland from sixth to first place.

The report also praised the SA response: “In third place is Adelaide in Australia, which also imposed a ban on international travel”.

Melbourne dropped because of a series of Covid-19 outbreaks and the response, which garnered an 83.3 score for healthcare.

The list was postponed in 2020 but in 2019 Adelaide was ranked tenth behind Melbourne, second and Sydney, third.

The ranking was welcomed by leaders within the state, including Premier Steven Marshall.

“I think we’ve done a great job overall with the coronavirus; we’re the safest state in the safest continent and now we’re being recognised by The Economist,” he said.

“I think that everyone appreciates we’ve got a wonderful lifestyle, a very safe, sustainable lifestyle here, and that’s now being recognised right around the world.”

Lord Mayor Sandy Verschoor agreed South Australians enjoy a quality of life that is unimaginable in other parts of the world.

“Our city is full of life, with our world-renowned festivals, arts, sport and culture safely going ahead, and our bars and restaurants open for business,” she said.

Daniel Gannon, SA executive director of the Property Council of Australia, said Adelaide’s recognition was “hardly a surprise”, and the state should now focus on the future.

“Throughout the pandemic our state has built a new reputation focused on resilience, safety and wellbeing, which is leading to an increase in attention, population and investment,” he said.

“One area of policy focus should now be attracting international students back to Adelaide to ensure South Australia’s export market remains as strong as possible.”

Daniel Gannon, SA executive director of the Property Council of Australia, said Adelaide’s recognition was “hardly a surprise”, and the state should now focus on the future.

“Throughout the pandemic our state has built a new reputation focused on resilience, safety and wellbeing, which is leading to an increase in attention, population and investment,” he said.

“One area of policy focus should now be attracting international students back to Adelaide to ensure South Australia’s export market remains as strong as possible.”

He's not wrong, but it's funny seeing him try to put a spin on it that isn't "we need someone to pay for all this student accommodation we're building"
Top
Post Reply
3292 posts

Return to “The Pub”